A Roundup Of Deepika Padukone And Ranveer Singh’s Movies

Deepika Padukone and Ranveer Singh are one of the most loved couples of Bollywood and be it in real life or in reel life they definitely bring out the best versions of each other. Even though they have done a total of three films together, each and every film was not only successful at the box-office but has also set really high standards in Indian film making. So let’s take a look at these masterpieces. Scroll through.

Directed by Sanjay Leela Bhansali, featuring the power couple, Ram Leela was Deepika and Ranveer’s first film together. An adaptation of Shakespeare’s Romeo and Juliet, the story revolves around two Gujarati clans Rajadi and Sanera who have been rivals for centuries. The story continues when Ram boldly enters the house of the Sanera’s on Holi and flirts with Leela, while Leela’s mother Dhankor Baa, the chieftain of the Saneras, is busy fixing her daughter’s marriage to an NRI. When Leela’s elder brother, Kanji Bhai (Sharad Kelkar) sees Ram he gets angry and bribes the local police to raid Ram’s house. However, Ram manages to convince the policemen in exchange for his blue film set.

And soon Ram and Leela develop feelings for each other and plan to elope, but things take a turn when Kanji Bhai accidently kills Meghji (Abhimanyu Singh) Ram’s elder brother and in return Ram kills Kanji. To escape all the chaos Ram and Leela decide to get married, but Leela is forcibly taken back home by her cousin Bhavani, while Ram is praised for spoiling Leela’s reputation and is made the new chieftain of the Rajadis.

Ram then requests Dhankor Baa to consider peace between the two clans. She invites him to celebrate Navratri with the Saneras, with the intention to kill him. At the event Bhavani secretly shoots Dhankor Baa leaving her injured to place the blame on the Rajadis. Leela is then made the chieftain of the Saneras. Thinking that her mother’s condition is because of Ram she negotiates with Ram and  decides to never interact with him again. During the festival of Dussehra, Ram and Leela decide that they are each other’s soulmates and shoot each other. Rajadis and Saneras then make peace with each other and cremate Ram-Leela together.

This film was a treat for the audience, a perfect love story filled with drama.

Starring Deepika Padukone, Priyanka Chopra and Ranveer Singh, Bajirao Mastani is a love story set in the 18th century. The film starts with Bajirao, who was asked to split a peacock feather with an arrow in order to become the Peshwa of Maratha. Impressed by his skills he is declared the Peshwa and then the story continues ten years later with Kashibai (Priyanka Chopra), Bajirao’s wife who is visited by her widowed friend Bhanu who predicts  that just as she yearns for her husband, Kashibai will yearn for Bajirao.

While traveling a diplomat from Bundelkhand requests the Peshwa to help them fight invaders. The diplomat then goes on to reveal herself as Mastani, the daughter of Rajput king of Chhatrasal and his Muslim consort Ruhani Begum. Impressed by Mastani’s skills as a warrior, Bajirao helps her with his army and defeats the invaders. The King of Chhatrasal then insists Bajirao to celebrate Holi with them. During this time Mastani and Bajirao fall in love. And he then goes on to give his dagger to Mastani, not knowing that it is a symbol of marriage among the Rajputs.

Determined to pursue her love, Mastani decides to go to Pune, but is harshly treated by Bajirao’s mother Radhabai who declines to accept their relationship. And even though Bajirao explains that he is already married and can never be fully her’s, Mastani agrees to Bajirao’s terms and he then declares her his second wife. An expecting Kashibai later discovers that Mastani is also expecting, a furious Kashibai leaves for her mother’s home and returns with her newborn son Raghunath. Mastani also gives birth to a son, named Krishna Rao, but the priest refuses to conduct the naming ceremony on the grounds that Krishna Rao is illegitimate, Bajirao then goes on to name his son Shamsher Bahadur and decides to raise him a Muslim. A few years later as Bajirao leaves for a war Raghunath and Bajirao’s mother imprison Mastani and her son. After defeating the enemy Bajirao falls ill and is on his deathbed, Kashibai pleads to Bajirao’s mother to release Mastani so that Bajirao recovers. But Bajirao hallucinates due to his illness and dies, and at the same time Mastani dies in prison.

The whole film was put together so well and we loved every bit of it. 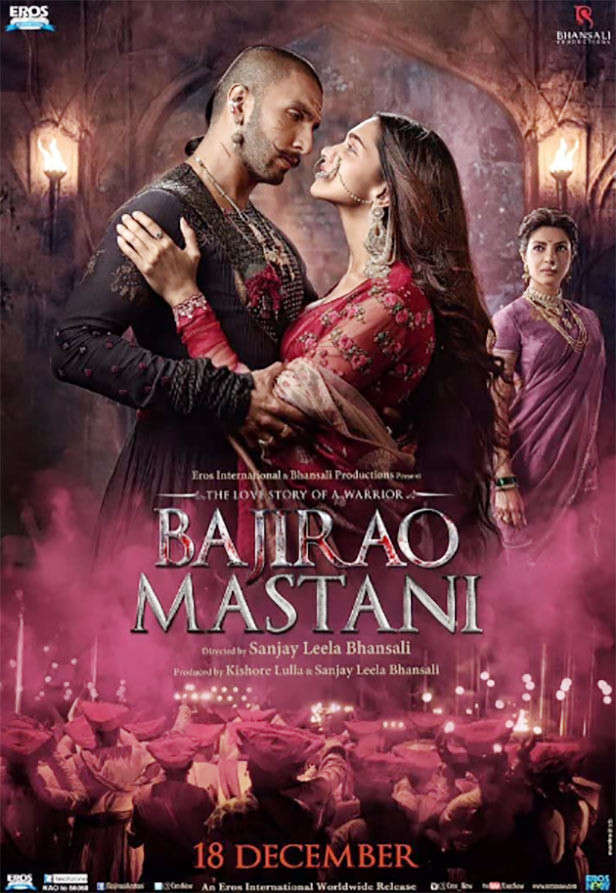 Last but not the least, released in 2018, Padmaavat featuring Deepika Padukone, Ranveer Singh, Shahid Kapoor, Aditi Rao Hydari and Jim Sarbh, the film is set in the 13th century and starts with Alauddin Khilji (Ranveer Singh) who ask Jalaluddin’s daughter Mehrunisa’s (Aditi Rao Hydari) hand in marriage. On the other hand in Singhal, Padmavati (Deepika Padukone) accidentally wounds Ratan Singh (Shahid Kapoor), the Rajput ruler of Mewar, while hunting in a forest. As Padmavati treats him the two bond and fall in love. Ratan Singh then asks for Padmavati’s hand in marriage, and the two get married.

Meanwhile Alauddin assassinates Jalaluddin and his ministers by his slave Kafur (Jim Sarbh), and declares himself the new Sultan of Delhi. Upon their arrival in Chittor, Padmavati and Ratan Singh are  blessed by Mewar’s royal priest. The priest then spies upon an intimate moment between Ratan and Padmavati, and is subsequently banished. The royal priest travels to Delhi and informs Alauddin about Padmavati’s beauty. Alauddin who wants anything that is rare and beautiful, invites the Rajputs to Delhi, but his invite is rejected.

Enraged Alauddin lays siege to Ratan Singh’s capital Chittor, but after an unsuccessful one, Alauddin fakes peace on account of Holi and is then permitted to enter Chittor, where he meets Ratan Singh. But Ratan Singh prevents Alauddin from seeing Padmavati’s face. Alauddin further tricks Ratan Singh and takes him to Delhi as a prisoner.

Padmavati agrees to see Alauddin and travels to Delhi with the Rajputs, disguised in women’s dress to kill the Khilji soldiers. And with the help of Mehrunisa, The Rajput King and Queen escape. Alauddin goes to Chittor and engages in a single combat with Ratan. And even though Alauddin is wounded, Ratan doesn’t kill him as he is unarmed. Kafur then takes the opportunity to mortally wound Ratan while his back is turned. Even though Khiljis capture Chittor, the Rajput women perform Jauhar (mass suicide) along with their queen. 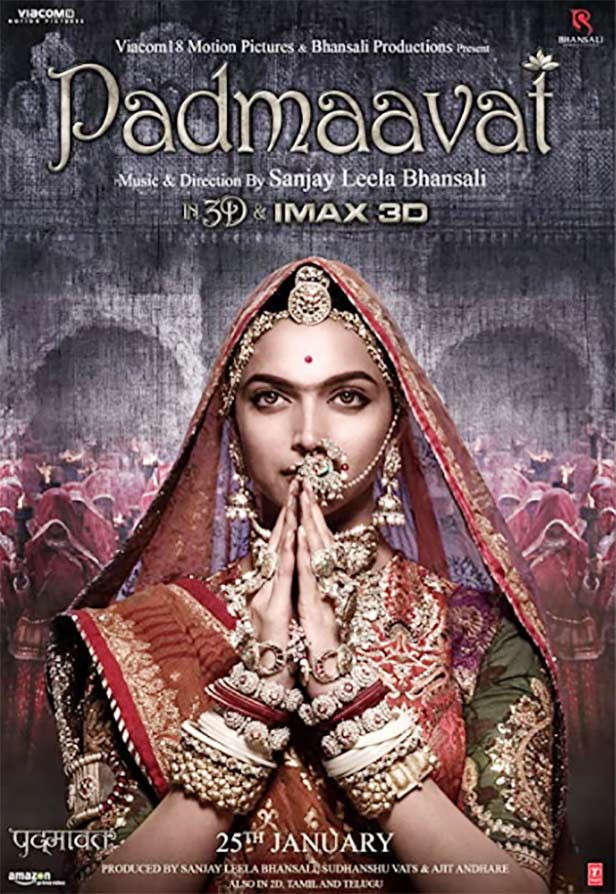