Chef Matthew Sustains Burns on His Fingers, Katie is Stuck in Tough Position With Delaney Onboard 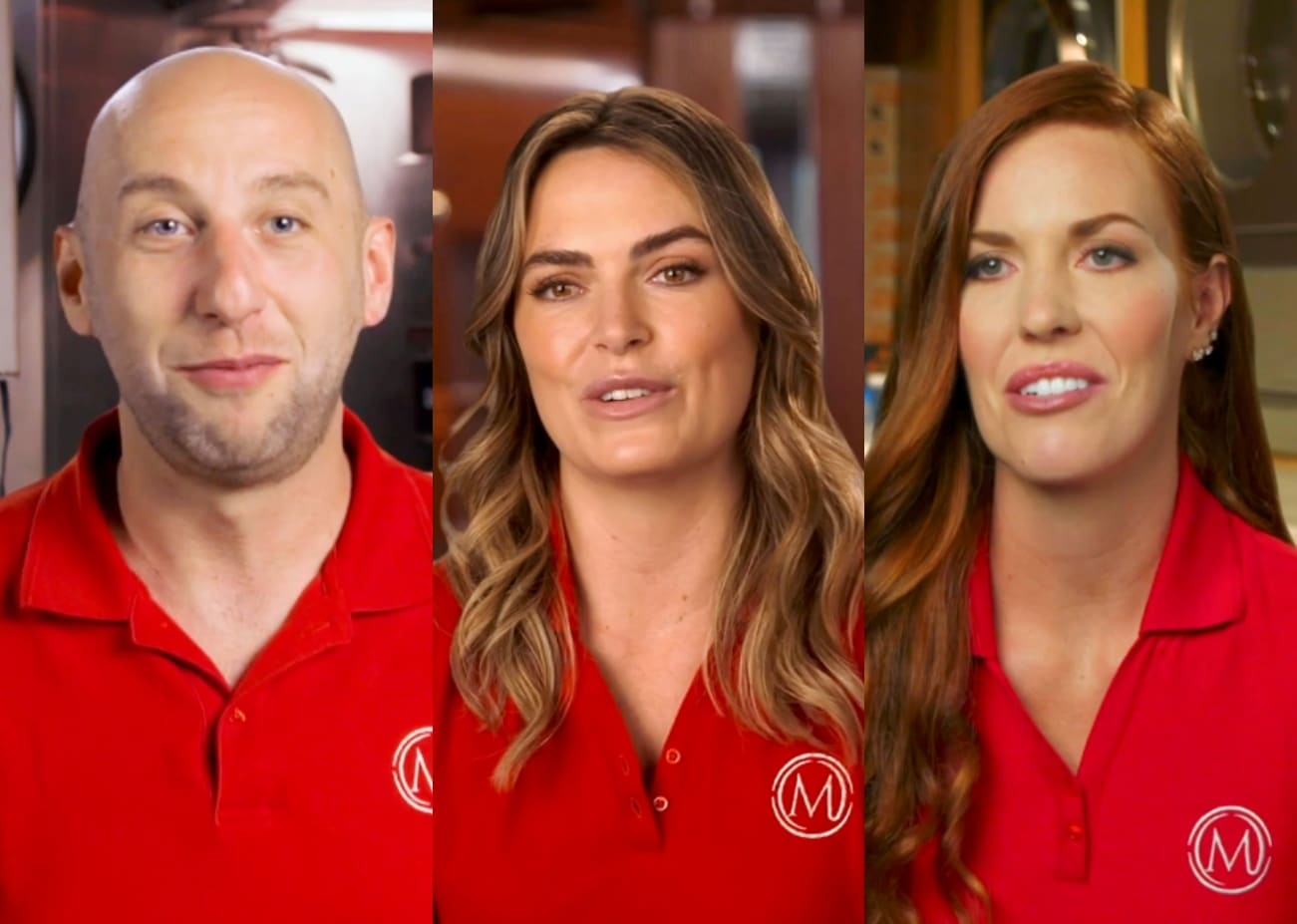 Essentially, what we are dealing with in this episode of Below Deck Mediterranean is a case of poor management that has spiraled into chaos. What happens when a person with deck crew experience joins the interior??

Katie has a sit-down talk with Lexi and lets her know that she is stripping away all of the stews’ ranks. Katie is not sure how Lexi is going to take all of this news, particularly because Lexi has referred to herself as Satan in the past. Katie is hopeful everything will go smoothly and that the incoming stew will be a welcome addition to the interior.

Enter Delaney, the new “stew.” Delaney graduated from Berkeley and has tons of experience… on deck crew.  She has never worked as a stewardess before, and you can clearly see Katie deflate upon hearing this news. There goes any hope Katie had of lessening her workload. Back to square one. Hate how Captain Sandy just smugly sits back and allows Katie to make the final decision. It’s like she *wants* Katie to be the bad guy, and now poor Katie must add “teach Delaney how to be a stew” onto her to-do list.

Chef Mathew is overwhelmed. What else is new? The upcoming charter guests have very… particular… tastes in food and their preference sheets are causing angst for Mathew — although it doesn’t take much to set him off.  On the other hand, when Courtney begins melting down, we immediately know something is wrong. She has been a consistent teammate for the interior but is feeling a bit overwhelmed. Sure, a new stew was added, but Lexi is still on board. Katie reminds Courtney that Lexi is on her last warning.

Speaking of Lexi… she is annoyed that Katie gets to keep her title, since, according to Katie, they have all been stripped of their titles… aka demoted. Here’s an idea: If you actually did your job, Lexi, you wouldn’t need to be so obsessed with a title! Lexi needs an attitude adjustment.

Provisions arrive and time is ticking. Before Delaney has a chance to learn which belts to even use with her outfits, the guests arrive. This group of women essentially packed for a four-month cruise, and they are in it to win it. The ladies are humping the boat railings and doing anything for the ‘gram. “I like a good time, but nobody can die today of twerking.” -Courtney.

Meanwhile, Delaney is certainly trying even though she legit interviewed for deck crew. Poor girl has no idea what it takes to be part of the interior, yet she appears to be working harder than Lexi ever did. Seems like Lexi is getting exactly what she wants since Delaney is stuck down in laundry.

To accommodate the various preferences of the guests, Chef Mathew has decided to cook family-style and deconstruct familiar dishes. It is a hit as the guests are loving the food. However, he is struggling with dinner… Mat is so busy concocting ways to match everyone’s dietary preferences that he basically catches on fire. While trying to save a burning plate of food, Mat scorches his fingers BAD. Great — just what this crew needs.  Another hiccup with the chef. Mat needs a medic ASAP and promises he won’t bail like he did earlier this season (knee issues!), but a doctor is coming in to check out the situation.

Could Lexi try any less? At first, it looked like she was attempting to help Delaney by getting her out of laundry and up to the guests. But when she referred to her as “Deloni,” it is apparent that she’s the same old Lexi.

Mathew has a second-degree burn but will be good enough to continue cooking, so long as nothing else goes on fire. He douses his hand in ice but manages to pull out a bomb dinner. Thankfully, Mathew has a store-bought cake as the guy needs a break. Cooking with one hand, in pain, gets exhausting.

Captain Sandy fills Katie in on the newest snafu. Management just called. There will be no cabin sharing between a male and female. That’s a huge problem because Delaney has just moved in with Chef Mathew. Naturally, Captain Sandy pushes this problem right into Katie’s lap and forces her to figure out a way to fix it on top of running a charter. COOL. Captain Sandy, where is YOUR management and what exactly do you do again? I mean besides pushing every tough call and decision on your chief stew.  Talk about being unsupportive…. Wait until Delaney hears this — that girl’s gonna be RUNNING. First, she is stuck in interior. Now, she has to pack up everything she just UNPACKED to move all over again?!

Katie looks like she is on the verge of tears as now every crew member has to move, yet again, but this time, in the midst of a charter. Is it even worth it to keep Delaney on board at this point?! The wheels are totally falling off, and now Katie has to tell Mathew the bad news: He has to move bunks. Mathew is in pain and is upset about his room situation. “We get less tip. I lost my cabin.” He’s not wrong…

It is quite a rainy morning, but the show must go on. Katie meets with Captain Sandy again to let her know that Delaney has been “dealt a sh*t hand.” Katie is second-guessing this additional stew as she totally messes up cabin arrangements and she doesn’t even have experience in this role.  Soooo, who is Delaney really helping (besides Lexi — as she no longer has to do laundry)?

Katie has been getting physically sick thinking about the Delaney situation.  She is concerned that she is making her crew upset and realizes how inconvenient this is becoming for everyone.

Katie understands that Delaney is just being a good sport by helping the interior and knows that Delaney would much rather be where she is comfortable: exterior. Plus, with the added stress about the room movement, Katie has decided that Delaney should probably just go. But when she sits down to tell Delaney her decision, Delaney stands up for herself and asks Katie to give her a chance, considering she has done a good job thus far.

If anyone should be getting the boot, it should be Lexi. She has done nothing but cause drama and she hardly pulls her weight. Delaney reminds Katie that she has definitely lightened the workload for the stews and Katie can’t deny that fact. Katie decides that Delaney can stay ’til the end of charter, and they will talk about the issues then. Talk about awkward. How are those two ever going to be able to be normal around each other after Katie just tried to legit break up with her?

The drama doesn’t end… this time it’s with the weather. A storm is brewing, and Malia is stuck hauling in the anchor. As lightning strikes, Lexi is obliviously radioing in for exterior help and Malia holds on for dear life.  Captain Sandy repeats that the storm will pass, but will it pass fast enough to keep Malia safe?

TELL US — THOUGHTS ON THE LATEST BELOW DECK MED EPISODE?

One thought on “Chef Matthew Sustains Burns on His Fingers, Katie is Stuck in Tough Position With Delaney Onboard”