You’d be forgiven for thinking it was a fool’s errand to follow up a game as widely acclaimed as the original Psychonauts. The odds were stacked against it: Psychonauts is a cult hit through and through and essentially the opposite of the kind of game that’s most likely to get made these days. Yes, it sold close to two million units, but it’s worth bearing in mind that this was across many, many formats since its release in 2005 and accounts for multiple re-releases, too. Its developer Double Fine has also attracted controversy with the crowdfunded Broken Age, so returning to this method to partially pay for Psychonauts 2 was easy to raise an eyebrow towards.

Still, though, Psychonauts 2 is here — three years after its mooted 2018 release date — and how has the developer pushed through its potential issues? Why, it’s quite simply made one of the very finest platform games of all time. Pretty obvious when you think about it.

Picking up where 2017’s VR-only Psychonauts in the Rhombus of Ruin left off, Psychonauts 2 wastes no time whatsoever throwing you back into the shoes of troubled orphan (and newly-qualified Psychonaut) Razputin, pushing you into a tracking mission that sees you following villainous dentist Dr. Loboto through his own mind as Sasha Nein and the other agents try to interrogate him. It’s immediately impressive as both perception and gravity are flipped and twisted, and it introduces you to your psychic abilities in an enjoyable and organic way. Yes, you effectively start this game with every ability you had at the end of its predecessor, which is both refreshing and conducive to more complex, interesting level design. Naturally you’ll gain new powers as well, but you can also upgrade your abilities to make them stronger and more useful. Which brings us to collectibles. 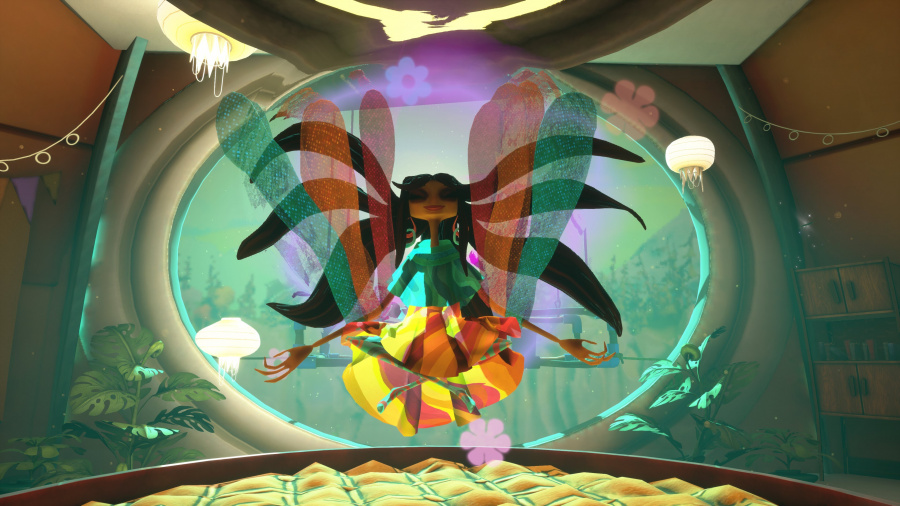 And there are lots of them, just like in the first game. There are Figments, colourful floating images that you’ll find 100 of in each level. And Memory Vaults, which contain repressed memories you can view by smashing them open. And Emotional Baggage, which must be paired with its appropriate Tag in order to gain additional XP. There’s also Half-a-Minds (extra health), PSI Challenge Cards and Markers (for levelling up), Nuggets of Wisdom — honestly, the list goes on. It’s extremely adherent to the tropes of the mid-2000s platformer, which makes sense as it’s an incredibly faithful sequel.

It’s remarkable, in fact, how little things have changed. Where it counts, of course, things are updated: it looks remarkable and the controls are responsive as you could ever want, a far cry from the occasional jank of the first game. But it has the soul of its ancestor, so to speak, and there’s very little in the way of gameplay changes from Psychonauts.

That’s good, though, because Psychonauts is excellent, one of the most creative and enjoyable platform games ever made even with its few faults; what we’ve got here is essentially Psychonauts perfected. The game finally has the polish and fidelity it deserves, with tremendous visuals running at a smooth 60fps when played on a PlayStation 5 — owners of last-gen consoles are limited to 30fps, unfortunately, but if this is your only option we’d still urge you not to pass it up. Neither version, sadly, is as impressive as the Xbox Series X release, which runs at 4K, 60fps or 2K 120fps. Then again, it’s unusual enough to boot this game up and see the Xbox Games Studio logo on the splash screens when running it on Sony hardware. 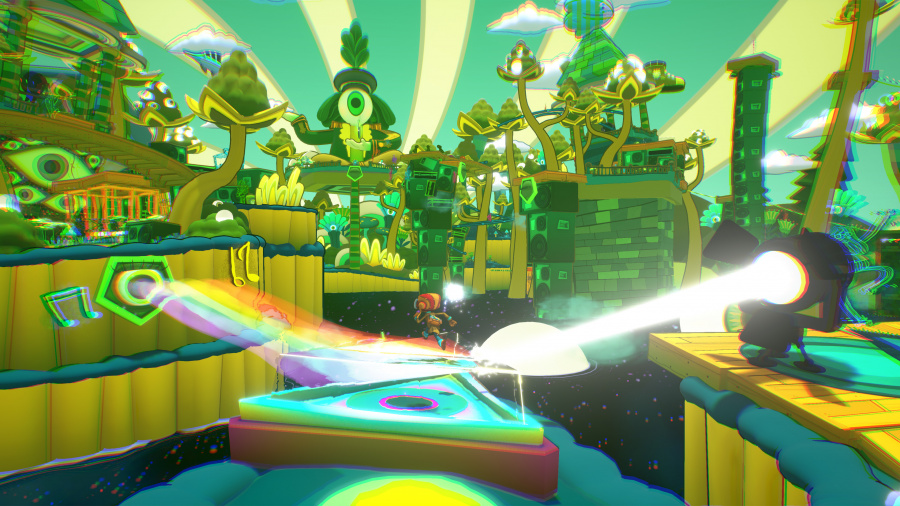 The humour of the series is all present and correct; performed with aplomb by the returning cast, fans will be in heaven — it’s so in step with the original that it feels as though no time has passed at all, let alone 15 years. Thankfully, for newcomers, there’s an entertaining recap at the top of the game, though we personally feel that there’s a little bit of disconnection between Rhombus of Ruin and this brand new title — we’d recommend either buying and playing the VR game or watching a walkthrough if you really want to know exactly what went down. Even without that context the game is hilarious and compelling, taking every opportunity to lace the game with fun and character without feeling like it’s nudging you in the side, begging you to laugh.

But you will laugh, not just at the comedy therein but the sheer scope and skilful design of each level. It’s quite refreshing to play a game in 2021 that uses such a relatively old-school level-by-level approach for its structure, and Psychonauts 2 makes the most of it with a succession of memorable and at times joyous scenarios, every one of them easily the equal of the first game’s classic encounters. An appearance from Double Fine super-friend Jack Black is a real highlight, but highlighting such a larger-than-life presence in the game is doing a minor disservice to all the clever, subtle detail in the environments that could easily be missed by the careless but absolutely enhances the themes and characters within each mind you enter. 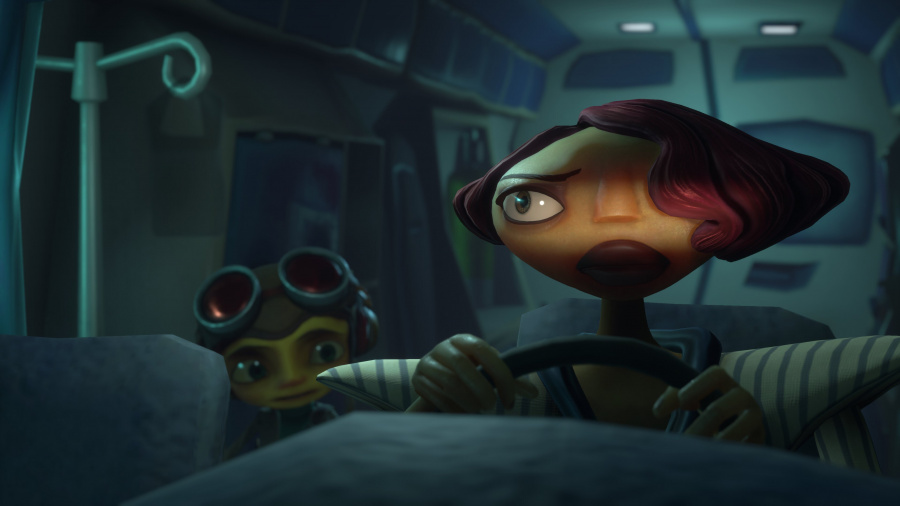 Every single aspect of Psychonauts 2 oozes confidence in a way that the original sometimes didn’t, faltering under its own ambition and straining at technical limitations. This sequel has been a long time coming, but every second of that wait has been used to create the best possible experience. It’s been a long time since we’ve played a game with so much character, so much care plainly pushed into every single space. There are no weaker sections, there’s no wasted time — nothing that feels like filler. It’s expansive yet tightly-paced throughout, with the only real flaw we can even begin to conceive of finding worth criticising being the surplus of collectibles, which could invoke bitter memories of Bafmodads and Golden Bananas from particularly uncharitable gamers. It’s also, arguably, marginally irritating having to remap psychic powers when situations come up that requires abilities you don’t currently have equipped, but in practice this takes mere seconds.

The 20 or so hours we spent completing Psychonauts 2 saw us indulging in plentiful side quests and content, simply to spend more and more time in a world we still don’t feel entirely done with. There are very few games that offer an experience as good as this, with ingenious level design and heavier themes that never feel sludgy or, more importantly, preachy. Brilliant aesthetics go hand in hand with tremendous gameplay here and it’s a genuine delight to say that it’s all been worth the wait. It’s so good, in fact, that we now want the original Psychonauts to be remade in this engine, with this fidelity, in order to finally do it justice. Psychonauts 2 is consistently creative, enormously fun to play, visually inventive and spectacular and spins a cracking yarn to boot.